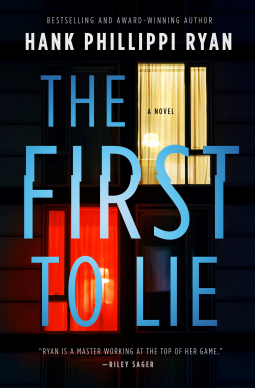 We all have our reasons for being who we are—but what if being someone else could get you what you want?

After a devastating betrayal, a young woman sets off on an obsessive path to justice, no matter what dark family secrets are revealed. What she doesn’t know—she isn’t the only one plotting her revenge.

An affluent daughter of privilege. A glamorous manipulative wannabe. A determined reporter, in too deep. A grieving widow who must choose her new reality. Who will be the first to lie? And when the stakes are life and death, do a few lies really matter?

The First to Lie by Hank Phillippi Ryan

Thanks to NetGalley and Forge Books for this review copy in exchange for an honest review.

The concept of the book was so interesting, a big pharma company which is selling drugs to overcome fertility issues. The side effects are shady and hidden from the public.

Nora has just started a new job at that Pharma company, but her real motive is hidden.

Ellie, a news reporter who is working hard to expose this pharma company.

There were so many POV in this book which made it really hard to keep tabs. The storyline was interesting, the pace of the story was kinda average, characters were developed cleverly. But the story, it wasn’t what I expected. There were a lot of twins and turns, more than necessary. As the story moves towards the climax, so many coincidences have occurred which felt forced, which made me feel that characters were kinda dumb. The ending also didn’t make sense for me.

After seeing so many 4 or 5 stars review, I am clearly not from the majority.